A true example of a great success story 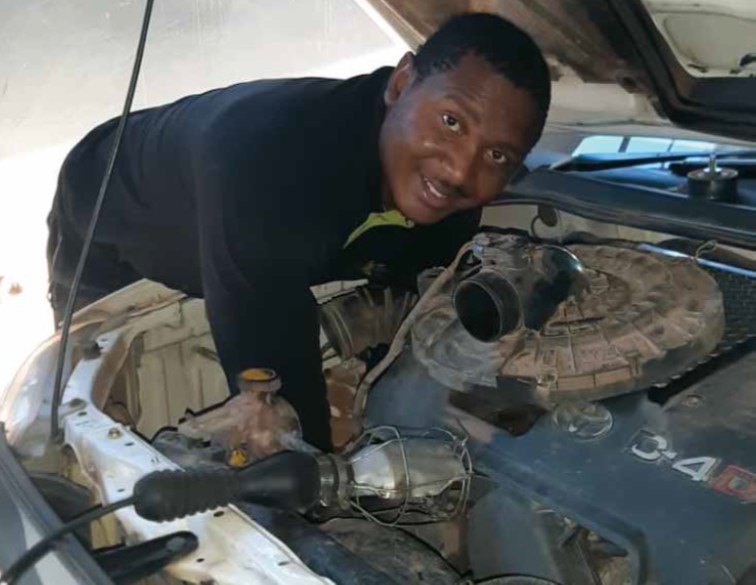 His mother passed away when he was only five, followed by his father and three siblings, but for Phillip Tsooane, this  misfortune did not impede him from  achieving his ambitions, he is now an  Auto Electrician at Queenstown Auto  Electrical.

Tsooane explains that he initially wanted to become a Professional Nurse, and that working on cars was not something he dreamed of doing.

“I had thought that fixing cars would be a difficult job. It was my father, a Diesel Mechanic, who introduced me to this field and as soon as I got into the swing of things, I fell in love with it,” he says.

His passion for the field first blossomed when he studied Autotronics at Northlink College in Cape Town. He went on to study Engineering and Related Designs at Ikhala TVET College in Queenstown, which he completed in 2013.

While studying at Ikhala TVET College, Tsooane was placed at Queenstown Auto Electrical for workplace training and this marked the beginning of his career development. “I learned problem solving skills and the ability to work under pressure. I was taught to work on customer cars as if I were working on my own car, and that kept our clients satisfied,” explains Tsooane.

Jacques Iveson, Managing Director at Queenstown Auto Electrical, describes Tsooane as hard-working and ambitious. “When we saw that he was an enthusiastic young man who enjoyed hands-on experience, that’s when we realised that he would add value to the company,” says Iveson.