Anatomy of an Engine Oil – The importance of application-specific fluids 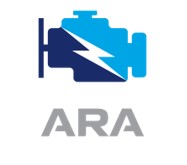 There is certainly no shortage of engine oil varieties on the market, from full-synthetic, semi-synthetic and mineral oil to break-in, hot rod and racing oil. With such a plethora of choices, it’s understandable how one could be confused as to which oil to choose, which marketer to trust and whether there really is much of a difference between oil types. Undoubtedly this applies to the general consumer much more than an engine builder, whose livelihood depends on the quality of all the components in the engine.

But, even the most seasoned professional has probably asked themself, “Is there really that much of a difference between a passenger car oil and a racing oil?” The answer is unequivocally, yes — and the logical follow up is then, of course, “Okay, so what makes them different?” This article will attempt to answer just that, discussing the different ingredients used to make an engine oil, their function and how different oils are made to perform in vastly different applications.

Engine oil components can be broadly defined into 3 categories: base oils, viscosity modifiers and additives. Each of these components will be broken down and defined in detail later, but before discussing their specifics, it’s important to recognize the high-level functions the oil as a whole must be formulated to perform. These include forming a wear reducing tribofilm, providing cooling, keeping parts clean, reducing friction and preventing corrosion. There are certainly additional functions oils perform, but the five mentioned here are amongst the most important and also the most relevant to the scope of this article. Each are vital in their own right and all combine to perform the most critical function of all, which is to protect the engine from damage.

Of the aforementioned functions, wear reduction through formation of a durable tribofilm is arguably the most fundamental to effective engine operation. Reducing friction, cleaning or preventing corrosion in a seized engine obviously isn’t all that important. The behavior of said tribofilm can be described by the Stribeck Curve shown in Figure 1, which explains friction as a function of viscosity, speed and load. The curve is broken into 3 lubrication regimes: boundary, mixed and hydrodynamic. Under boundary lubrication, speed is low and/or load is high, which in turn leads to high friction.

The lubricant film is thinnest under these conditions, so much so that there is some contact between surfaces. This is where the additives have the greatest effect on wear prevention and friction reduction. As speed is increased and/or load is decreased, friction is likewise decreased and the lubricant film becomes thicker, though some small amount of contact between surfaces may still happen. The additives play a smaller role here and both the base oils and viscosity modifiers become increasingly important.