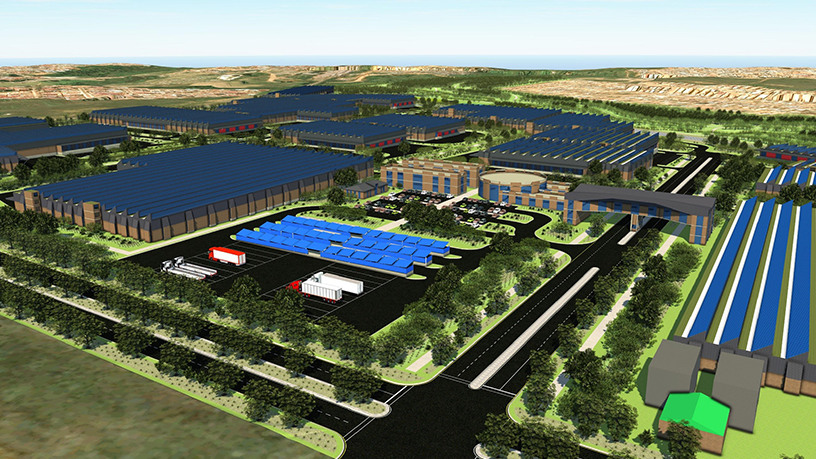 It is designed to help SA’s automotive sector better respond to the demands of the fourth industrial revolution (4IR) and compete with global players.

The automotive hub, which was first announced in November 2019 by president Cyril Ramaphosa and Gauteng premier David Makhura, is billed as Africa’s first automotive city.

It is developed through a joint partnership with Ford, the Department of Trade, industry and Competition (DTIC), Gauteng Provincial Government and the City of Tshwane.

Based in Silverton, Tshwane, the hub forms part of SA’s 10 Special Economic Zones (SEZ), aimed at repositioning SA in the world economy and which have become global tools for social, economic and digital transformation.

The TASEZ is expected to help create an estimated 8 700 jobs during the construction of the first phase of the project, with another 2 100 permanent jobs for operations.

Thousands of jobs will be added as it evolves into a multi-faceted hub designed to bolster the manufacturing capacity and global competitiveness of the South African automotive industry, while contributing to skills development and the economic upliftment of local communities, notes the DTIC.

The hub was yesterday visited by premier Makhura; deputy minister of the DTIC, Fikile Majola; City of Tshwane administrator, Mpho Nawa; as well as DG of DTIC and TASEZ chairperson, Lionel October, who reaffirmed the importance of this pioneering public-private partnership.

“The TASEZ follows a new model for special economic zones in SA, as it is the first SEZ in the country to have numerous investors already lined up, so the facilities are being built to specification for these companies that are already enlisted, and are ready to move in as soon as the construction is completed,” Makhura noted.

Makhura emphasised the need to build an economy that creates more small businesses owned by black people and women, and giving young people opportunities through providing training and entrepreneurial skills so they can set up their own business.

“This is the first SEZ that will have 47% SMME participation. These are real businesses and SMMEs from the local townships that will add real value in the construction of this project, and we need to allow them to graduate into the broader industry, including manufacturing and operations,” he said.

“The SEZ provides unparalleled connectivity and harmony between the living city, green city and the productive city, including an array of modern state-of-the-art infrastructure, and TASEZ additional investor support and value-added services,” says the DTIC.

The TASEZ Company was established as the operating company for the SEZ. A key milestone in the formation of the hub was the establishment of the board in March. It is chaired by Lionel October, director-general of the DTIC.

The board comprises representatives from all three spheres of government, along with two senior executives from Ford Motor Company of Southern Africa: VP of operations, Ockert Berry, and Dhiren Vanmali, Ford’s executive director of government affairs for Africa.

The TASEZ was established as part of the 2035 Automotive Master Development Plan, as set out by the DTIC with the aim to help the automotive sector become a globally competitive and transformed industry.

Its key objectives include transforming the sector to respond to future demands of the 4IR; achieving 1% of global vehicle production by 2035; increasing local manufacturing of equipment from 39% to 60%; and doubling employment in the sector from current levels to about 240 000.

It was launched after five years of engagement between Ford Motor Company and government, as the automaker strengthens its futuristic technologies strategy to help speed vehicle manufacturing and innovation to develop high-performance and fuel economy-focused vehicles.

After establishing a $45 million advanced manufacturing centre in Michigan in the US in 2018, Ford plans to introduce a high-volume range of connected and fully autonomous vehicles by 2021.

While the automaker says it will not introduce autonomous vehicles to the South African market anytime soon, it has ramped up plans to develop more connected technologies in all its locally-developed vehicles through the integration of smart mobility and network connectivity features.

“When we announced the TASEZ last year, we had expressions of interest from nine supplier companies.

“We currently have 12 suppliers that have committed to setting up operations within the SEZ with an anticipated investment of over R4.3 billion in the economy, and another 10 have shown keen interest. Accordingly, the team is already hard at work on the next phases of the project beyond the initial 81-hectare site,” explains Vanmali.

Once completed, the SEZ will span 204-hectares of land currently owned by the City of Tshwane.