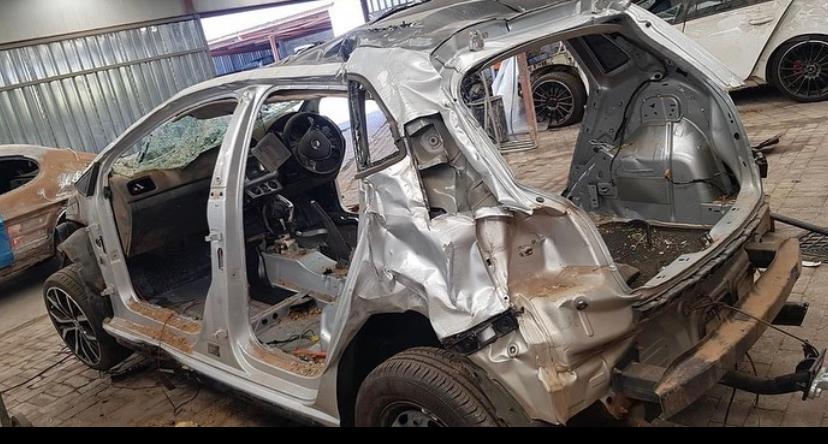 Over the past year or so the South African Motor Body Repairers’ Association (SAMBRA), a proud Association of the Retail Motor Industry Organisation (RMI), has   frequently reported on unsuspecting car buyers who have been duped into buying a second hand car, which, on the face of it, seems like a really great deal. But dig a bit deeper and that joy is short lived when they find they are now stuck with a vehicle which has serious underlying problems and should never be on our roads.

Richard Green, national director of the South African Motor Body Repairers’ Association (SAMBRA), a proud association of the Retail Motor Industry Organisation (RMI), has been campaigning hard for the South African Insurance Association (SAIA) to release more information to the market with regard to the status of written-off vehicles. Without a register to refer to, there is no way of stopping these cars from finding themselves back into the system, only to be purchased by an unsuspecting and poorly advised consumer.  Last year SAMBRA commissioned a specialist independent assessor to investigate and assess what is really going on in the market and it looks as if the problem is even bigger and more serious than initially thought.

In the latest example, a Polo Vivo, advertised online and registered as a 2020 model with just over 10 000 km on the clock was purchased for a young lady this year who was buying her very first car. On the face of it the car looked perfect. The customer was able to finance and insure the car through one of the four big reputable banking institutions. But, according to the Assessor, that is where the fairy tale ended. The car was assessed with the client’s daughter present at her home in Krugersdorp as family members were concerned about certain paint defects.

The Polo had in fact been owned by a rental company in Durban and had been involved in a serious collision amounting to over 75% of its value in damages in December 2019. It was declared uneconomical to repair by the insurer and written off whilst still retaining its code 2 (used car) status!

Green says at this point it should have been removed completely from the system and only its parts used for scrap. Instead it turns out that the vehicle was then uplifted to a salvage yard and subsequently sold on auction in 2020. The vehicle was then very poorly repaired and sold to a Used Car dealer in Johannesburg who sold it on to the unsuspecting buyer.

Green says what is also very concerning is this car has now been refinanced and insured for an amount, far higher than the car is actually worth and without proper inspection oversight. The fact is, it should have been reclassified as a code 3 and the bank would never have then provided finance. Similarly, it should only have been re-insured after submission of an accredited SAMBRA member report.  Only an MBR who is expert in this field has the knowledge to properly assess the vehicle and report any poor repair work to the prospective buyer or finance house. “So what happened in this instance and how could the car still be classified as a code 2 vehicle?”  he questions.

How does one miss 10 key defects ranging from the entire dome structure which is still deformed and poorly repaired to vacuum hoses which are not connected on the engine to a poorly fitted windscreen, body gaps all around the vehicle and a roof lining still crumpled and torn in places.

‘We are also concerned that in the example cited above, the dealer when confronted with the report, offered to take the car back to try and resell it so he could reimburse the owner,” says Green.

There seems little doubt that a major overhaul of the entire supply chain is required. The simplest way to kick start the process is for SAIA to make the write off register available. Green confirms that SAMBRA has submitted this latest report to SAIA and are awaiting feedback.

Post Views: 189
PrevPreviousLive webinar: Predicting the Unpredictable
NextBeing in the know can help your business growNext